My research examines domestic political influences on international cooperation and conflict, such as military alliances and wars. I am also interested in how international politics influences domestic political outcomes, including regime changes and the behavior of leaders. In addition, I seek to apply the insights and methodologies of the study of international politics to intrastate events such as civil wars. My job market paper (“Alliance Formation and Domestic Politics”) incorporates domestic political concerns into the analysis of alliance formation by tying alliance choices to policy concessions in a three-player game. In doing so, the paper endogenizes the link between external threats and policy concessions while also evaluating the effects of domestic political competition on alliance formation. Both the model and the evidence reveal that the type of regime shapes decisions on alliance formation. I show that this important, newly identified difference in how regime type influences alliance formation under otherwise comparable circumstances follows theoretically for leaders concerned with their political survival. More specifically, democratic regimes that are targets of threats tend to be harder to convince to join an alliance than are autocratic regimes. Conversely, democracies that act as prospective defenders of the target are more likely to offer an alliance than are autocracies.

As I advanced my work on alliance formation, I also found that the existing foreign policy similarity measures – the S-score, tau-b, Cohen’s and Scott’s – have theoretical and/or interpretational problems that potentially undermine the validity of the measurements. I thus developed new indicators (building on the theoretical grounds of foreign policy similarity measures) that estimate foreign policy similarity across states without the theoretical shortcomings that bedevil existing indicators. By creating and applying an alternative metric for similarity in foreign policy commitments, I contribute to a better understanding of tau-b and S and their relationships with other variables in empirical research designs, leading to improved statistical models in international relations.
I am prepared to teach courses at the graduate and undergraduate levels in International Politics, Game Theory, Mathematics for Political Scientists, and Quantitative methods. 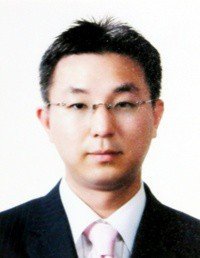